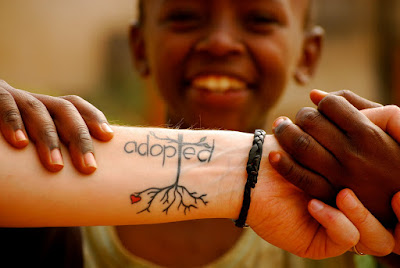 According to The Telegraph newspaper, in 2011 there were 20 million abandoned children in India, and less than 0.04% of them were adopted through official channels.

The sisters have grave concerns on this matter. They have always required children be adopted into families with both a mother and father with neither parent previously divorced. The secretary of India's central adoption agency, Veerendra Mishra, helped loosen the regulations earlier in the summer to include people who are single, divorced, or separated.

The sisters use the name Nirmala Shishu Bhawan to run their charitable homes for abandoned children, many of whom are special needs. They provide shelter, food, education, and medical care. In the past, they allowed children in their care to be adopted under their strict guidelines, but because of the new governmental regulations they prefer to not allow any adoptions.

Mishra still hopes to convince the sisters to work within the new regulations. But Sister Amala, the nun in charge of the orphans’ home in North Delhi said, "The new guidelines hurt our conscience. They are certainly not for religious people like us. ... What if the single parent who we give our baby [to] turns out to be gay or lesbian? What security or moral upbringing will these children get? Our rules only allow married couples to adopt."

Another sister at the home said they have been thinking "for some time" about shutting down adoption services to "look after special needs children who had not been adopted." She added, "It was a well-thought out discussion."

Women and Child Development Minister Maneka Gandhi wants many more of these children adopted in India. She told a conference on women and children Thursday the Missionaries of Charity did not want to "come under a uniform secular agenda." However, she added, "We are trying to persuade them, they are good people."

All of this comes at a time when the Catholic Church continues to wrestle with a more modern approach and way of thinking. But with 20 million children growing up in orphanages or on the streets, it is good that many are looking at the issues from different angles.

Gennady Barsky is a real estate mogul from NYC.
Posted by Unknown at 6:17 PM